Susan Wipson, an ER and dialysis nurse who has been a field nurse since 2016, was looking forward to her first assignment outside of the US.

Wipson joined a team of about 25 healthcare workers, including nurses, critical care specialists, physicians, a biomedical technician and a laboratory technician, who traveled to American Samoa in April on a FEMA crisis contract that expired July 2. “The idea of ​​working in another country (in the United States) was exciting,” Wilson tells Nurse.org. “I felt comfortable knowing that other nurses would work there with me and I would not be alone in a foreign country. Knowing it was a FEMA contract, it seemed safe to go to another country,” she adds.

Despite her initial excitement, Wilson’s experience turned out to be very different than she expected when she, along with many other travelers on a mission, were stranded on the island for nearly a month when their contract unexpectedly ended.

What happened in Samoa

Shortly after her appointment officially began in early April, Wipson said, rumors of an early termination of her contract began to circulate.

She and other travelers were very concerned when a local Samoan newspaper ran an article on May 10 saying the contract was being cancelled, and perhaps even more worrying was that they expect travelers to have a hard time finding tickets home.

Wipson told Nurse.org that even after this article was published, NuWest travel agency did not notify her of the early termination of the contract. On May 12, Wipson says she sent an email to her NuWest recruiter to let them know about the rumors. She states that she has not received a response. But the very next day, NuWest sent out an email to some of the people who had signed the contract, saying that the contract was ending early. According to Wipson, the email said:

“The contract will be terminated from May 28. All travelers will be responsible for purchasing their own flight home. You can and should use the $2,000 relocation allowance. From what we’ve seen, there are flights leaving every Thursday in June starting on 6/2.”

Wipson’s main issue was that NuWest informed the band that their contract would expire on Friday, May 13 at around 6:00 pm local time, which meant there was no way for the band to contact the company over the weekend. To complicate matters further, a local Samoan newspaper published another article saying that flights from the island had already been booked. 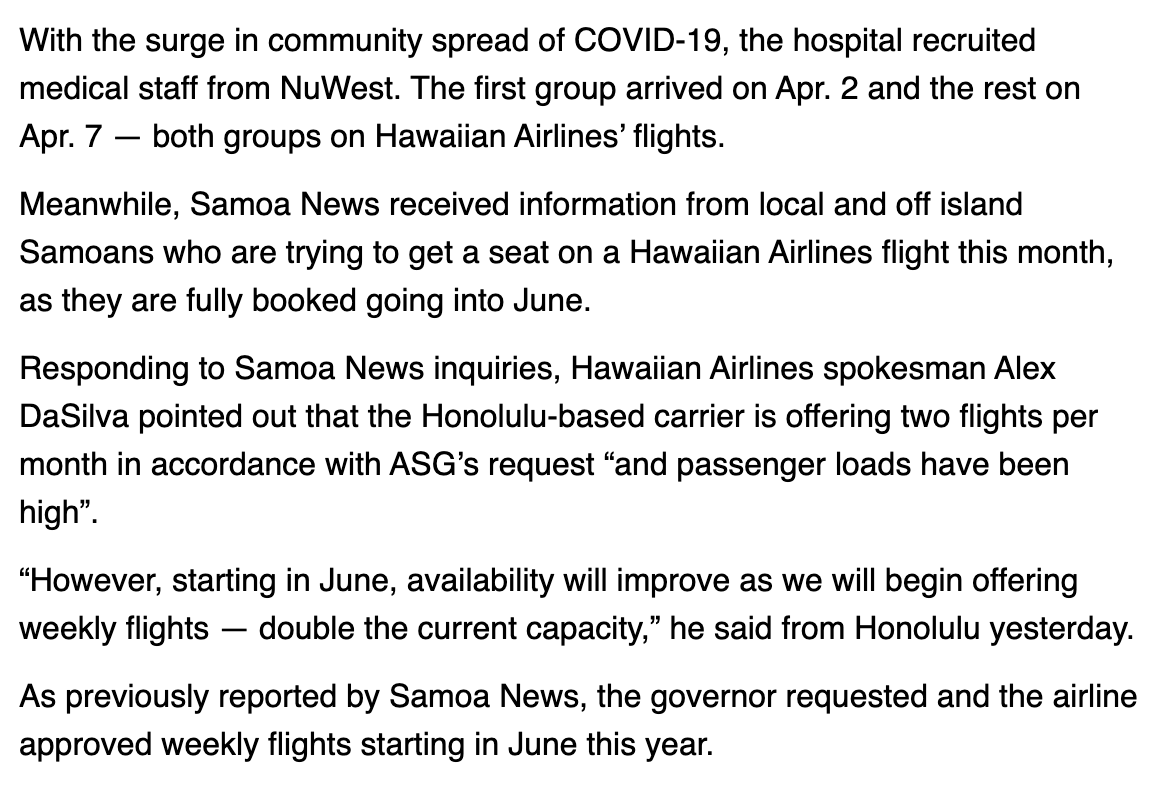 Wipson tells Nurse.org there were many concerns about flight availability, especially when COVID had already affected flights from the island earlier.

Wipson and another RN began reaching out to various media, including CNN and even the White House, to try and get help.